From young children to the elderly, many Americans are struggling to get a good night’s sleep. Although researchers have debated this topic for years, between seven and nine hours of sleep each night is what’s generally recommended for a healthy night’s sleep. Unfortunately, very seldom do Americans, both young and old, reach that amount of rest each night.

In the first two months of life, babies cannot differentiate between day or night, and have not developed a circadian rhythm. According to Psych Central, new research indicates high rates of sleep problems among young people are even continuing through teenage years and into adulthood.

Researchers from James Cook University and the University of Queensland followed more than 3,600 people from the age of 14 years old until they were 21 year old. The study found that just over a quarter of the 14-year-olds reported sleep issues, with more than 40% of those still having issues sleeping by the time they turned 21 years old.

“Maternal factors, such as drug abuse, smoking, depression, and anxiety among mothers are the most significant predictors of adolescent sleep problems in their children, at 14-years-old,” said Dr. Yaqoot Fatima, lead investigator from JCU’s Mount Isa Centre for Rural and Remote Health. “For all people studied, being female, having experienced early puberty, and being a smoker were the most significant predictors of sleep problems at 21 years.”

Independent reports that one-third of all elderly Americans have to take sleeping pills to fall asleep at night, indicating a serious insomnia epidemic.

The U.S. National Poll on Healthy Aging, which took a look at 1,000 people between the ages of 65 and 80 years old, found that 14% regularly took prescription sleep medication, prescription pain medication, and over-the-counter sleep aid (or herbal supplements), and 23% did so occasionally.

“Although sleep problems can happen at any age and for many reasons, they can’t be cured by taking a pill, either prescription, over-the-counter or herbal — no matter what the ads on TV say,” said Dr. Preeti Malani, of Michigan University and survey lead researcher. “Some of these medications [prescription or non-prescription] can create big concerns for older adults: from falls and memory issues, to confusion and constipation.”

Also, America’s addiction to coffee might be contributing to a lack of sleep. The retail value of the U.S. coffee market is estimated to be worth about $48 billion. Far too many Americans regularly consume caffeine throughout the day and evening, and then are forced to take sleeping aids at night in order to effortlessly fall asleep. 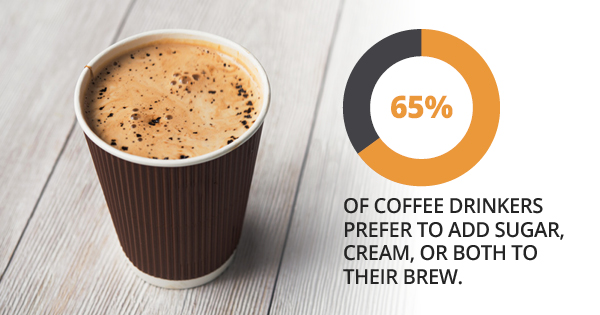 The survey found that 23% of respondents who had trouble sleeping said it was because of pain issues.

“We need to help people understand that lack of sleep is not just a natural part of aging,” added Dr. Alison Bryant, senior vice president of research at the American Association of Retired Persons (AARP).

Medical malpractice results in about 85,000 lawsuits each year, but one woman won’t be filing any lawsuits due to current New York state laws. In 2012, Lissy McMahon seemed to be a healthy 42-year-old single mom raising her son. An ultrasound revealed a fibroid in her uterus that needed to be removed, so she decided […]

What Homeowners Should Know About Flooding, Water Damage, and Mold

Considering the extreme weather experienced throughout the nation, thanks in large part to climate change, more American homeowners are facing the scenario of flooding and subsequent water damage and mold issues. But if you don’t know what you’re doing, you could end up making a bad situation that much worse. Here are a few key […]

Winter’s Freezing Temperatures Didn’t Get Rid Of the Bugs, That’s Up to You

As the weather finally starts getting warmer, residents along the East Coast of the United States are starting to prepare for all kinds of pest infestations. Unfortunately, after this year’s “Bomb Cyclone,” those infestation problems could already be going on tenfold. A cockroach can survive for seven days with its head cut off and hold […]